Fur, scales, fins, or feathers, everyone has a story!

Even in "Happy Valley," lives aren't as cookie-cutter as they first appear. In a society inhabited by birds, reptiles, and mammals, the stories of its residents are as unique as their looks. Aww, Feathers! is an all ages, longform, furry webcomic that takes place in Utah Valley. It follows the lives of Ine, the feathered lizard, and those he meets along the way through college and beyond.

The story is light-hearted and fun, though occasionally serious and thought-provoking. It's safe-for-work and written to be enjoyed by all audiences. Informally, it's considered PG for occasional drama and comic mischief.

This website is the new home of Aww, Feathers! Though public and functional, it is still under construction. If you notice a problem or have any suggestions for improvement, please let me know on my site issue tracker.

Please enjoy the story using the links to the right!

Please enjoy the story using the links above!

Learn more about the characters here! 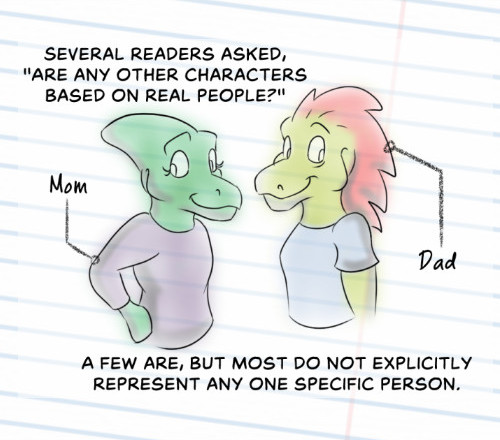 After about four months of researching, testing, and coding, the new Aww, Feathers! website is now live! Here's what you can expect over the coming months:

A new chapter
At long last, it's time to begin the next chapter in the story! I hope you're just as excited to read it as I am to create it! Before we get ahead of ourselves however, it needs to be written, drawn, and formatted before it will start appearing here. This will be the new pattern of things; new comic pages will only begin appearing on the site after the entire chapter has been created. This will help prevent unforseen delays in the middle of chapters. That does unfortunately mean that there's still some waiting time before you'll see brand new comic pages. But now that the website is complete I can dedicate a much larger portion of my time to creating them. Keep an eye on the progress bar below to see how close the new chapter is to completion. In the meantime, there's more in the works to tie you over until then.

Migrating old pages
There are over two hundred pages of Aww, Feathers! that need to be migrated to their new home. You'll start to see them appearing here at the rate of at least one per week, but ideally more than that as time permits. As each page is moved to the new site, they'll be shared in their new mobile-friendly format on social media and my newsletter as well. The progress bar below shows how many pages have been migrated and how many are left. (Don't worry, you won't have to wait until they've all been done before the new chapter comes out as this task may take quite a bit longer.)

Continued site improvement
I am very happy with how the new website has turned out so far, but there's still work to be done: the RSS feed, QnA and Cast pages, Patreon integration, and further design improvements, just to name a few things. I'll keep you informed of each major update. If you wish, you can visit the website's issue tracker to see a list of planned tasks, improvements, and additions for the website.

I know this has been a long break, so I thank everyone who's been eagerly awaiting this news for their patience. It's time to get the big, feathery ball rolling again! 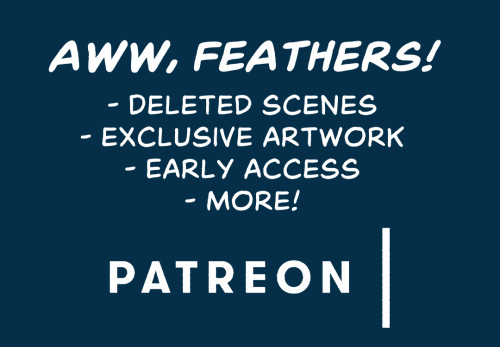 Join the community at Patreon to unlock your ticket to exclusive bonus content, early access, special offers, and more! 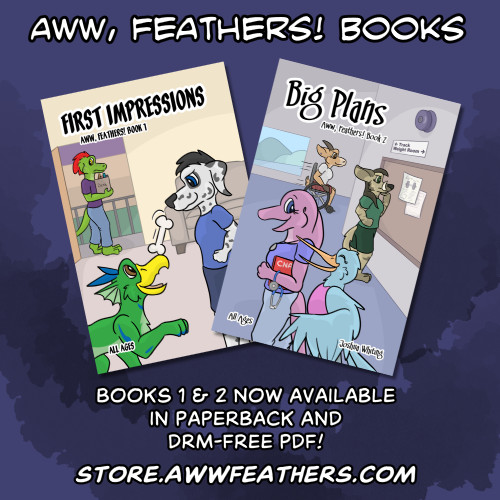 Find books, art prints, and other goodies at the Aww, Feathers! Store!